There is a higher proportion of men in each of the four pay bands.

The information below relates to relevant employees of Advance Contracting Solutions Ltd on the snapshot date of 5 April 2018.

At ADVANCE, women’s mean hourly rate is 27% higher than men’s.

In other words, when comparing mean hourly rates, women earn £1.27 for every £1 that men earn.

In other words, when comparing median hourly rates, women earn £1.24 for every £1 that men earn.

EXPLANATION: This is the proportion of men and women who received bonus pay in the 12 months leading up to the snapshot date of 5 April 2018. 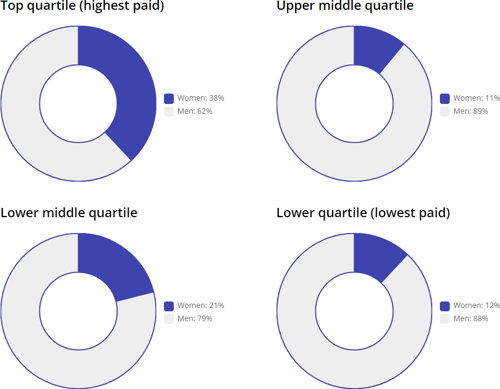